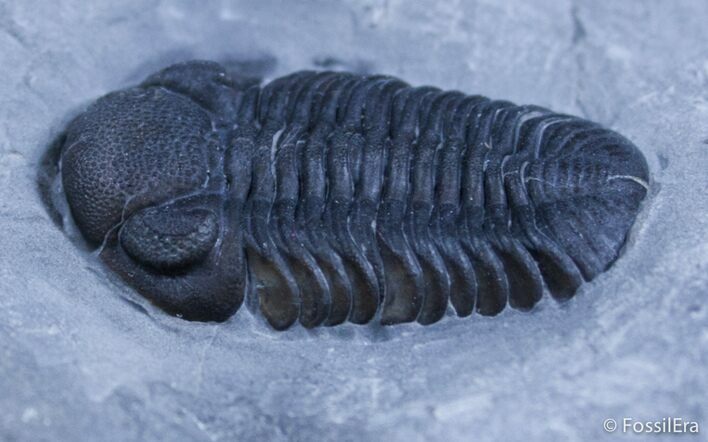 This is a well prepared Eldredgeops (often referred to as Phacops) trilobite from the Windom Shale of NY. Only a small percentage of these trilobites are preserved perfectly prone like this one is. It was expertly prepared using air abrasives under microscope and is presented on a nice rectangular piece of matrix.