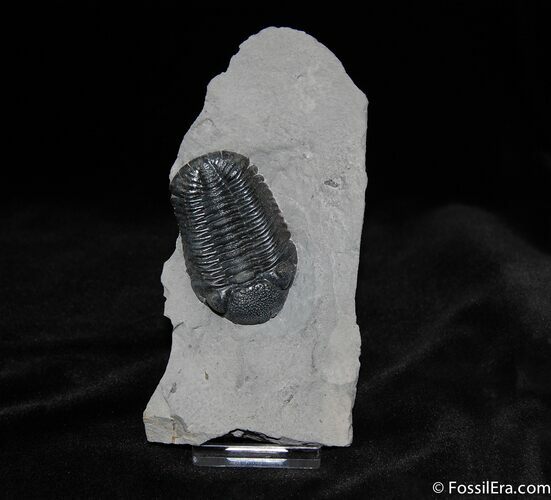 Here's another awesome offering from the Silica Formation, a 2 inch perfectly prone Eldredgeops rana crassituberculata often incorrectly referred to as a Phacops. Silica Formation trilobites are some of the most highly sought and collectable trilobites from the United States. Not least because all of the quarries they used to come from have been off limits to collectors for years. You don't see them on the market very often anymore.

This one is beautiful, with a nice black shell and great surface detail. Just look at all the facets in it's eyes. This classic US trilobite would be right at home in any fossil collection.