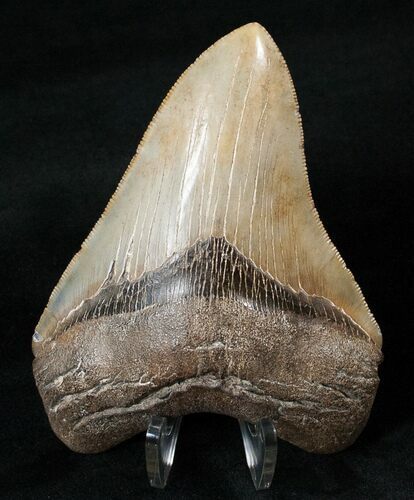 This collector quality 4.23" long, serrated Megalodon tooth is a real beauty. It was collected near Savannah, Georgia. It has a wonderful blade with greenish colored enamel and sharp serrations. The root is in good shape, as is the bourrelet. This gorgeous tooth comes with an acrylic display stand.