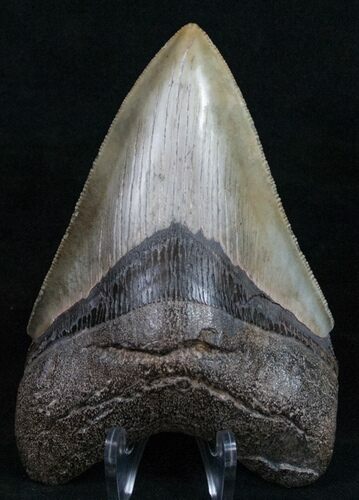 This is a 4.51 inch long tooth from the prehistoric, mega-shark, the Megalodon. It's a river find from Georgia and has beautifully colored enamel, sharp serrations and a robust root. It comes with the pictured display stand and really is a fine quality Megalodon tooth.

There is a slight pink hue to a few areas of the tooth, particularly along the gumline. This appears to be some type of organic staining of the enamel (from algae?) It can't be removed without damaging the enamel.