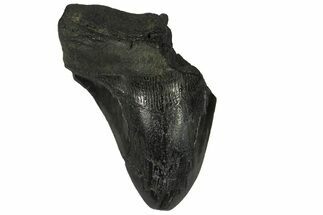 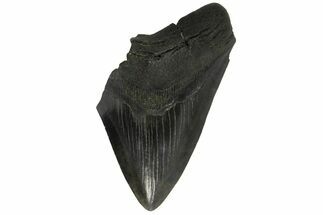 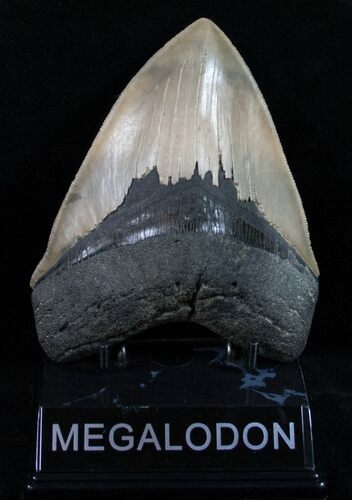 This is a gorgeous, 5.07", upper principal Megalodon tooth from South Carolina. It has beautiful, olive colored enamel with nice serrations and good root preservation. A tooth of this size would have come from a prehistoric shark around 40 feet in length. It comes with the pictured display stand to show it off. 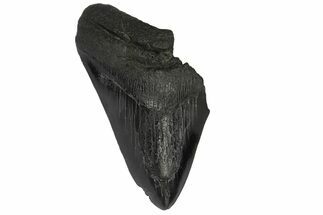