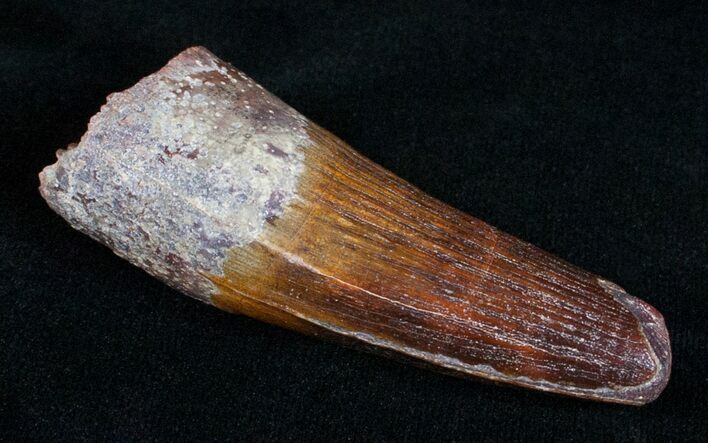 This is a beautiful, authentic tooth from the largest known meat-eating dinosaur, Spinosaurus maroccanus. It's 2.62 inches long and has better preservation than about 99% of the Spinosaurus teeth on the market. It has great dark, reddish-brown enamel preservation and the growth lines can easily be seen.

The tooth is very solid and has no restoration or repair.