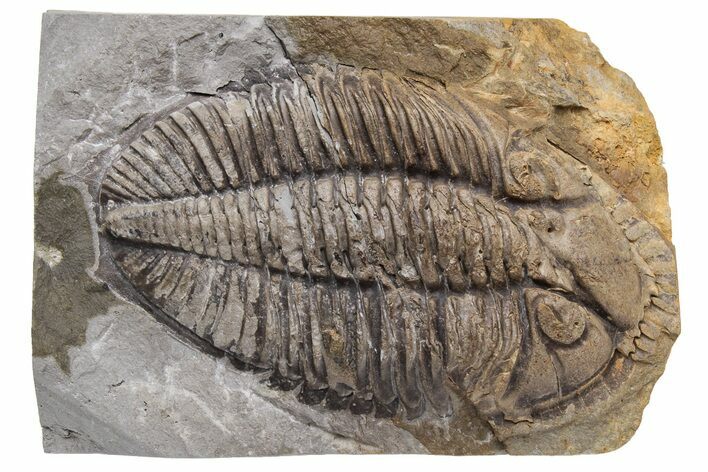 This is a rare Odontocephalus aegeria from the Onodaga Limestone in Pennsylvania. The location where these trilobites are found was collected out in the 1980s so any specimens coming onto the market such as this one are coming out of old collections. The specimen is 3.5" long, which is about average size for the species. As with nearly all of the old specimens from this location it was acid prepared so doesn't have much shell on it. Most of the time they would then coat them with shoe polish to "recreate" the shell", but that was not done on this specimen. Even eye facets can be see in both eyes. There is one repaired crack running through the rock and the specimen.

Trilobites were a very diverse group of extinct marine arthropods. They first appeared in the fossil record in the Early Cambrian (521 million years ago) and went extinct during the Permian mass extinction (250 million years ago). They were one of the most successful of the early animals on our planet with over 25k currently described species, filling nearly every evolutionary niche. Due in large part to a hard exoskeleton (shell), they left an excellent fossil record.
More About Trilobites
SOLD
DETAILS
SPECIES
Odontocephalus aegeria
AGE
Middle Devonian 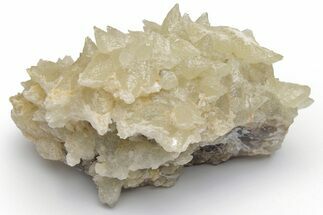 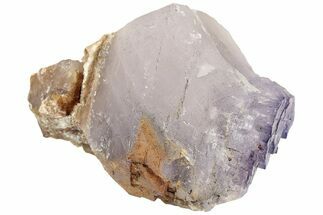