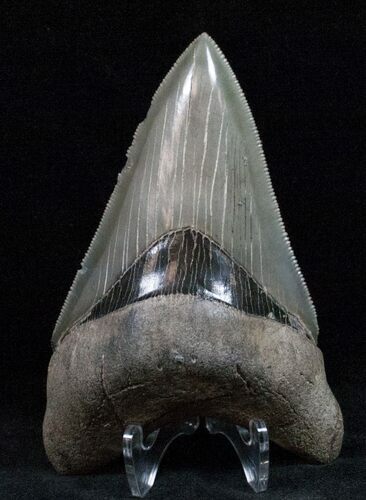 This is a truly RAZOR SHARP, 3.93" long, lower Megalodon tooth from South Carolina. It is an absolute dagger and the tip is as good as they get. Beautiful enamel, bourrelet and root on this baby. It comes with an acrylic display stand.