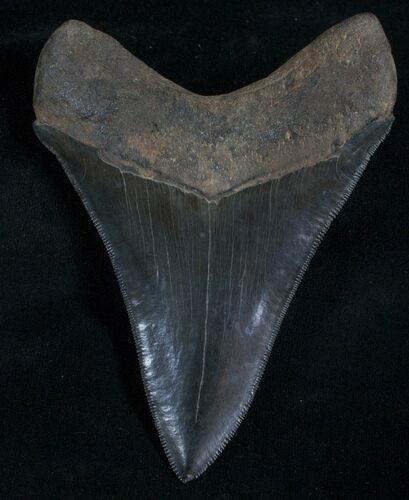 This is RAZOR SHARP, 4.31 inch long Megalodon tooth collecting from the Hawthorn Formation in Georgia. Very few teeth have as sharp of serrations and tip as this specimen does. The enamel is in great shape, dark grey and glossy. This really is a killer tooth.

It comes with the pictured display stand. 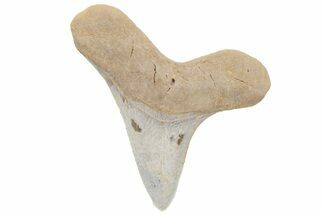