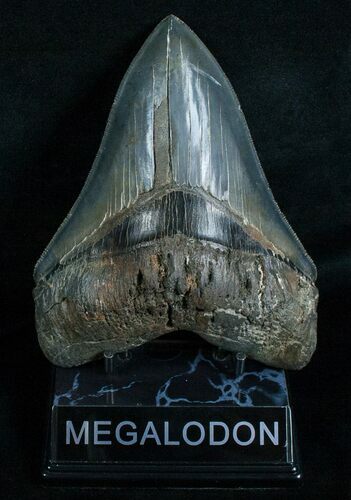 This is a big, beast of a Megalodon tooth at 5.66" in length. It was collected in a river near Savannah Georgia and comes from the Hawthorn Formation. The serrations and the tip on this tooth are RAZOR sharp. There are only a few small dings. It's rare to have serrations and a tip this nice on such a large tooth. The enamel is in good shape with just an enamel peel on the front. No restoration or repair and comes with the pictured stand.