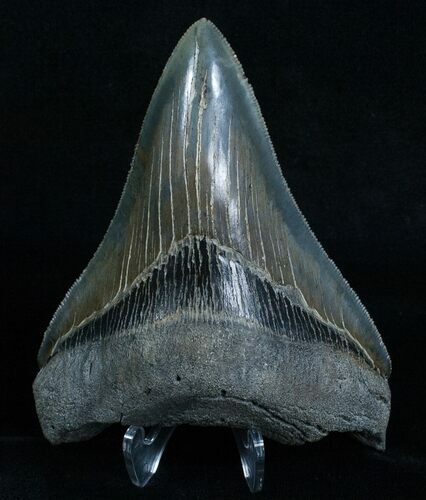 This is a RAZOR SHARP 4.04" long Megalodon tooth collected off the coast of either Georgio or South Carolina after it weathered out of the Hawthorn Formation. It's a tooth from the lower jaw with beautiful enamel, sharp serrations and a good tip. It comes with an acrylic display stand.