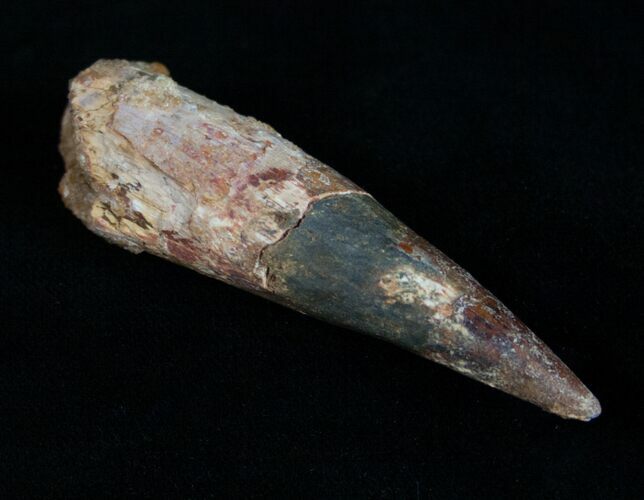 This is a 2.98" long tooth a Spinosaurus the largest known meat eating dinosaur. It's Late Cretaceous, approximately 100 million years old and from the Kem Kem Basin in Morocco. The enamel of this tooth has worn off in places and has one crack repair, but it comes to a very nice point and has a variety of colors.

This is a good sized tooth at nearly 3 inches long but the enamel is pretty worn and there are a few repairs and some minor restoration.