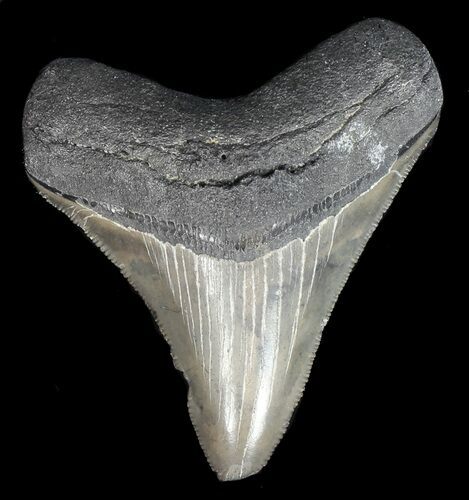 This is a serrated" Megalodon tooth collected in Georgia. This tooth would have come from a juvenile Megalodon Shark. Comes with an acrylic display stand.