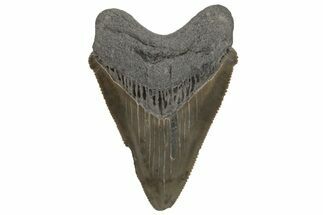 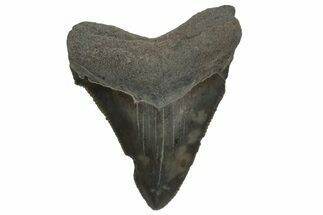 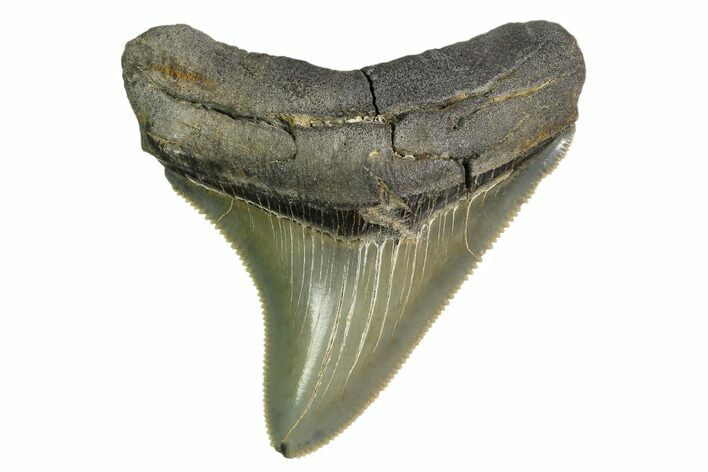 This is a serrated, fossil Megalodon tooth collected in Georgia. This tooth would have come from a juvenile Megalodon Shark in the 20-25 foot size range.

This tooth is a real beauty with sharp serrations, and much of it's bourrelet intact. There appears to be a tooth mark from another tooth biting into this tooth running across the center of the bourrelet making for another interesting feature. 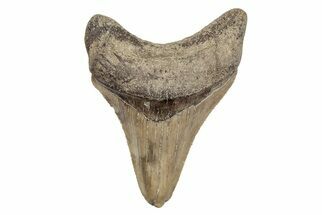