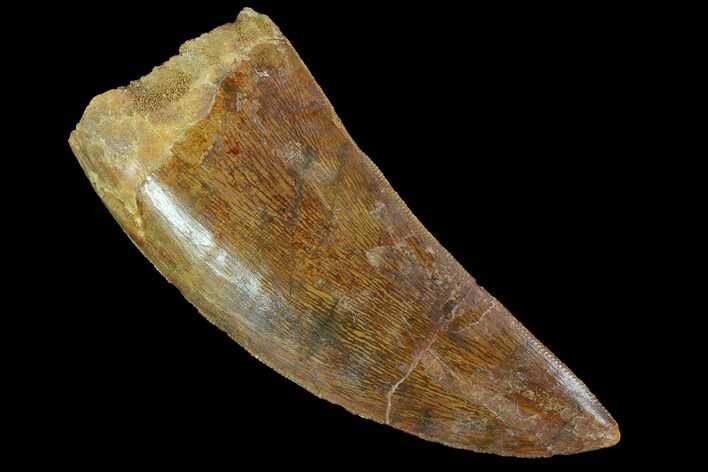 This is a serrated 3.07" long Carcharodontosaurus tooth from the from the Kem Kem Beds of Morocco. This massive theropod often gets compared to T-Rex but is actually thought to be larger.

This is a large Charc tooth with excellent enamel preservation and good serrations. There is one repaired crack near the tip and just a tiny bit of restoration to the tip of the tooth. 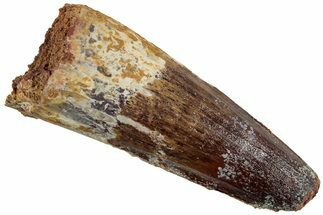