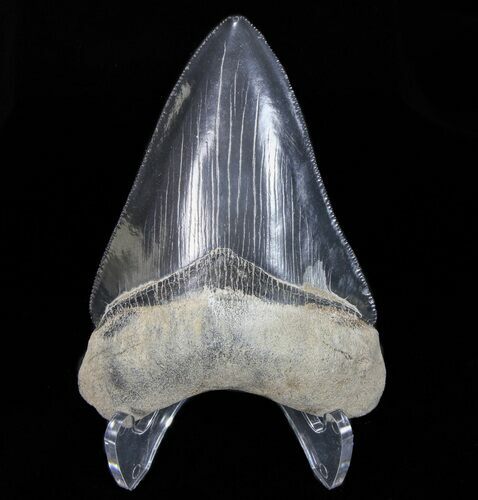 This is a sharply serrated, 3.69", fossil Megalodon tooth collected from a river in Georgia. A tooth of this size would have come from a sub-adult Megalodon shark in the 30 foot size range. Gorgeous, dark grey/black enamel preservation which contrasts nicely with the lighter colored root.