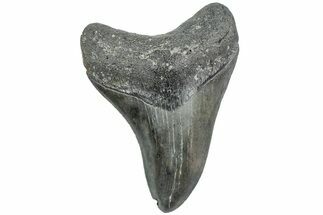 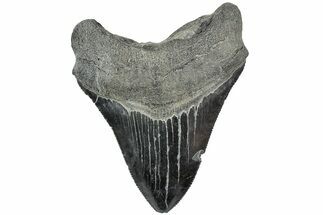 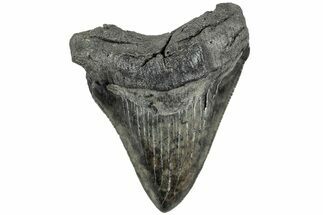 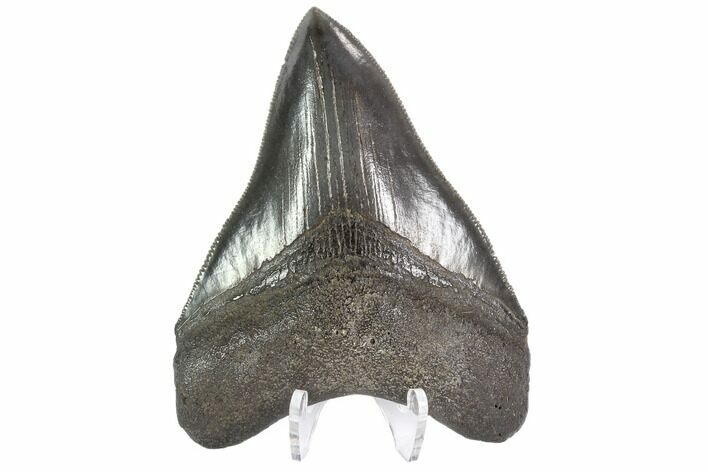 This is a serrated, 3.74" long fossil Megalodon tooth collected from a river in Georgia. The tooth would have come from a prehistoric, mega-shark in the 25-30 foot size range. The tooth has beautiful, glossy enamel, sharp serrations along both edges of the blade and an excellent, unworn tip. 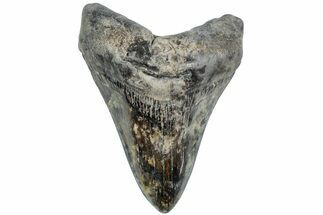 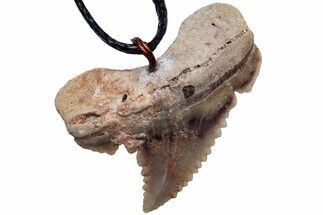 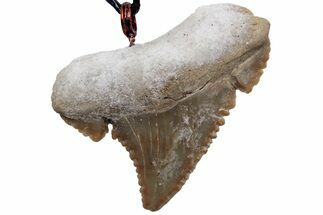