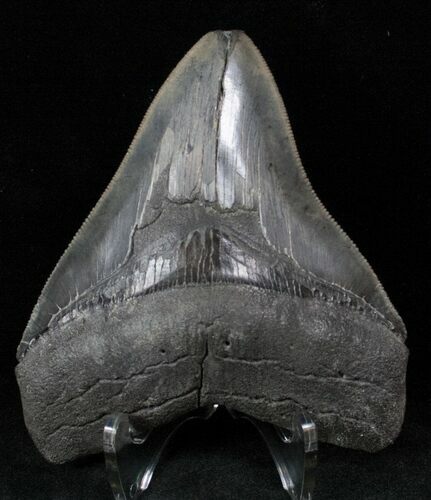 This is a sharply serrated, 3.95" long fossil Megalodon tooth collected from the Morgan River in SC after it eroded out of the Hawthorn Formation. A tooth of this size would have come from an adult Megalodon shark 30-35 feet in length. A true monster of the Miocene seas.

The tooth has some feeding damage to the tip but the serrations are razor sharp on this tooth. Comes with an acrylic display stand