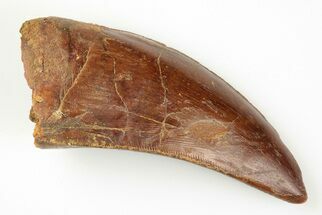 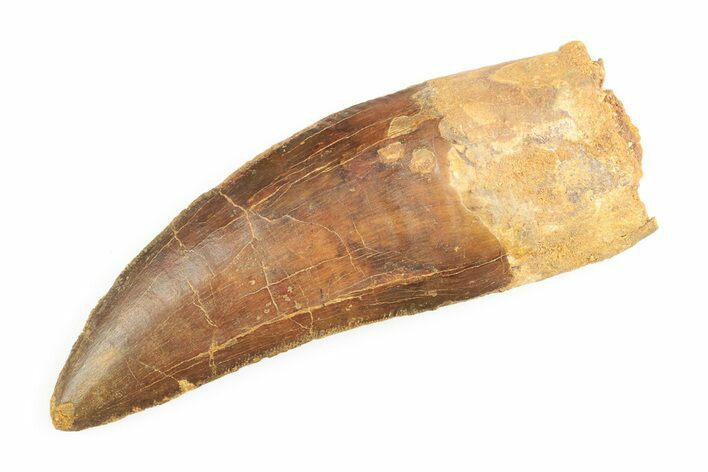 The tooth has nice enamel, fine serrations and minimal tip wear. Only some minor repair work to the crown. 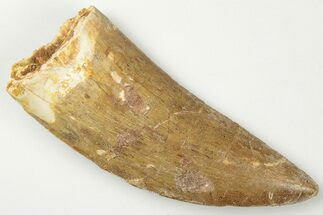 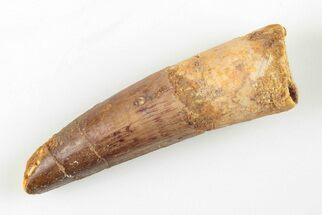 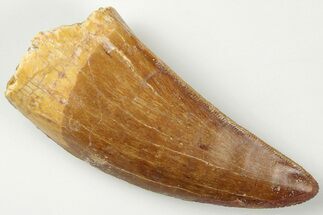