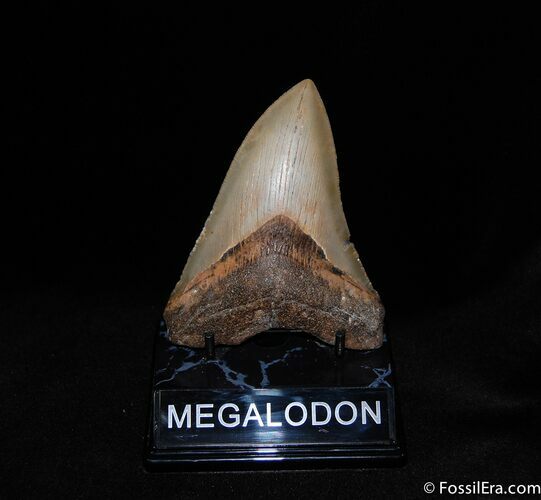 Here is a beautifully colored 4 1/2 inch megalodon tooth collected of the coast of South Carolina. It's got very nice serrations, a good tip, and the blade is in really great shape. Just check out the pictures and see for yourself. The pictured stand is included in your order. A tooth like this is quite a bargain at the price.