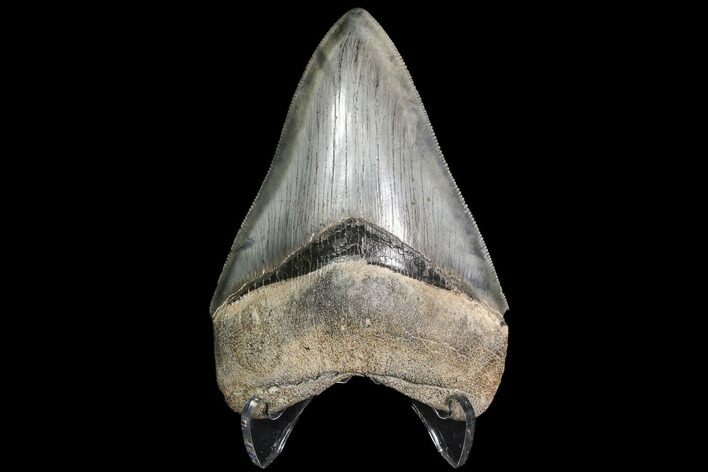 This is a beautiful, serrated 4.17" long, fossil Megalodon tooth collected from a river in Georgia. A tooth of this size would have come from a prehistoric, mega-shark in the 35 foot size range. The light grey, glossy enamel contrasts well with the tan root and the serrations are sharp on both edges of the blade. 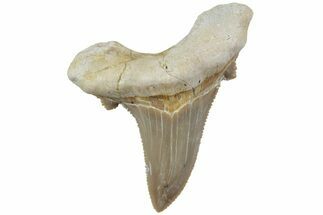 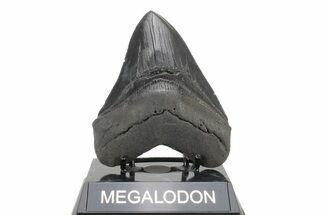