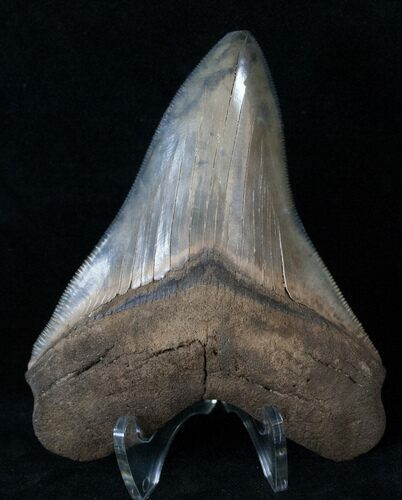 Most large Megalodon teeth you see from the US come from either the Carolinas or Georgia but this beauty was found in Virginia.

It's 4.27" long with gorgeous, multi-toned enamel, sharp serrations and a fine root. The tip is chipped but otherwise it's a beautiful tooth. You simply don't see many meg teeth on the market from Virginia. Comes with an acrylic display stand.