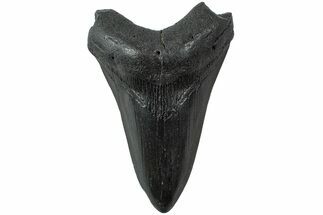 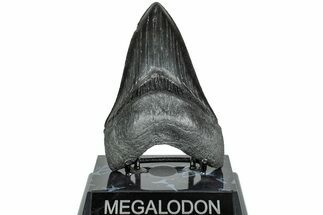 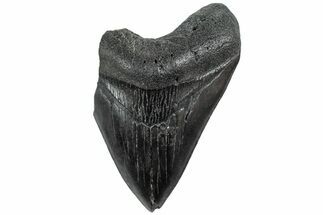 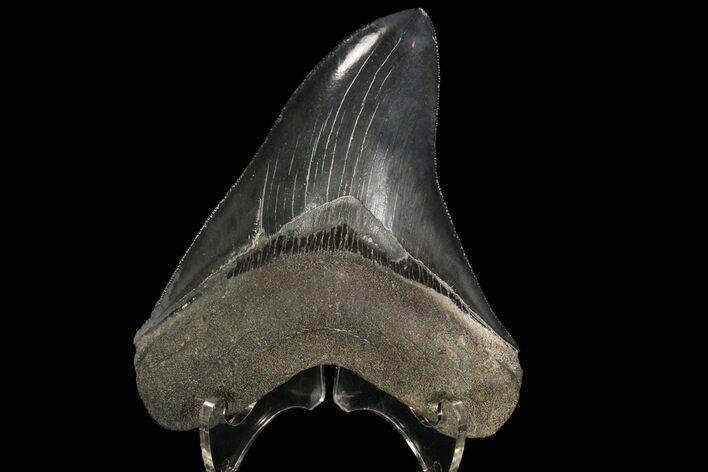 This is a serrated, 4.48" long fossil Megalodon tooth collected from a river in Georgia. The tooth would have come from a prehistoric, mega-shark in the 35 foot size range. This curved tooth has nice bluish-grey enamel preservation and good serrations. 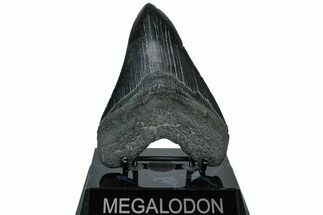