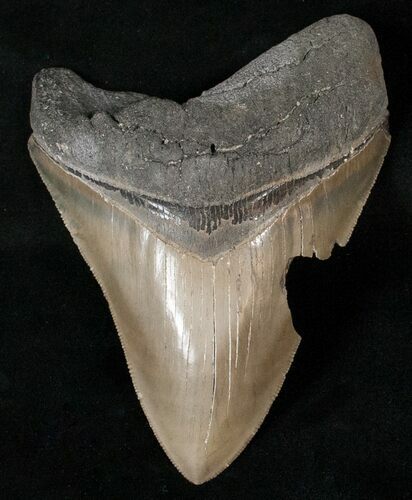 It's too bad this tooth has a chunk missing from the side of the blade and right root lobe because otherwise it's a gorgeous tooth. The enamel is colorful and glossy, it has razor sharp serrations and a nice tip to it.