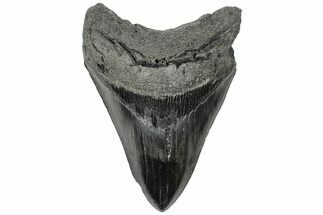 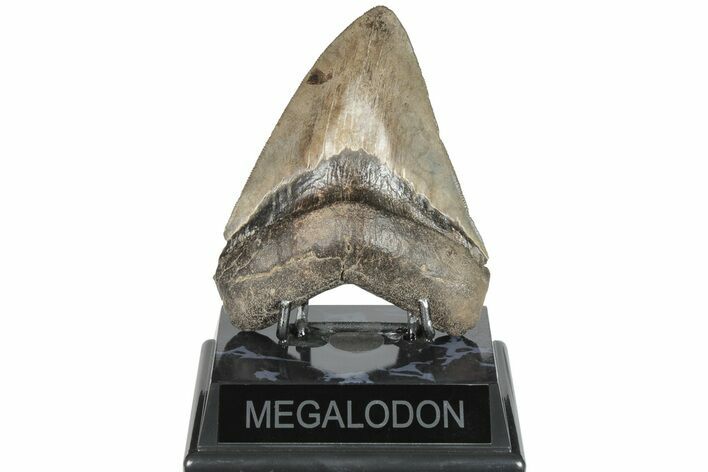 This is a beautiful, sharply serrated, 4.82" long, fossil Megalodon tooth collected in South Carolina. The tooth would have come from an adult, prehistoric, mega-shark in the 35+ foot size range. This tooth has razor sharp serrations and a unique brown coloration with only some minor feeding wear to the tip. 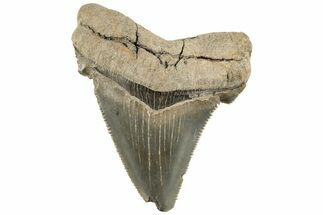 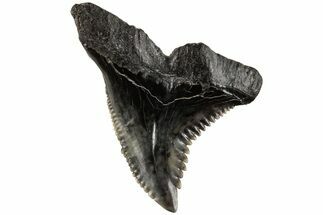 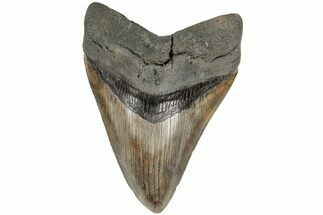