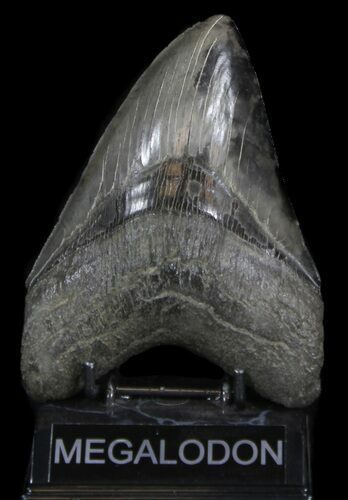 This is a huge, 5.93" long, fossil Megalodon tooth collected in South Carolina. A tooth of this size would have come from a large, adult shark in the 50 foot size range. Excellent quality all around with sharp serrations, glossy enamel, mostly intact bourlette and good root. This monster tooth comes with the pictured display stand.