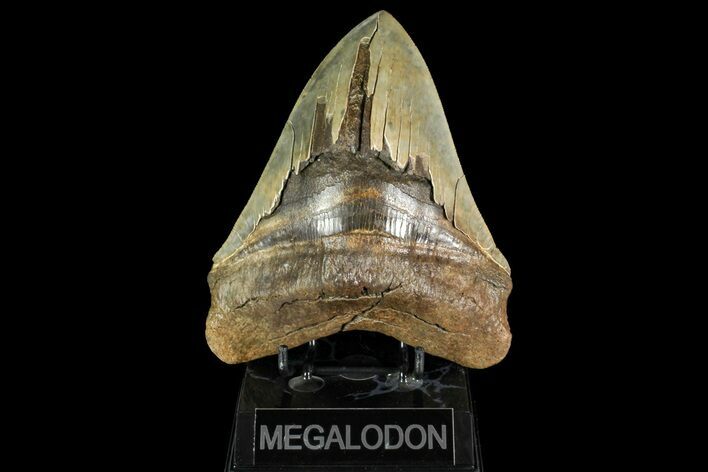 This is a massive, 6.14" long Megalodon tooth collected from a river in Georgia. Megalodon teeth over 6" long are very rare, you will find hundreds of 5 inch teeth for every 6 inch tooth. A tooth this size would have come from a large adult, mega-shark in the 50+ foot size range.

Not only is this tooth huge but it has super sharp serrations and an excellent tip. Like basically all the Megalodon teeth we sell there is no repair or restoration. 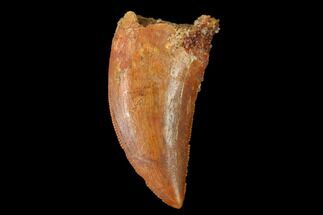 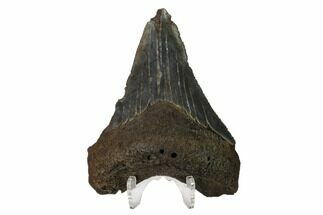 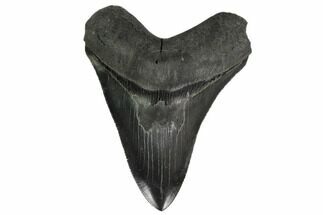 Real Fossil Megalodon Partial Tooth - 3-4"
$12
34 REMAINING
Our Black Friday Sale Has Begun!
Up To 30% Off Of All Items Sitewide
With Black Friday falling a week later on the calendar this year, we have decided to start our sale earlier. From now through Cyber Monday (Nov 30th) everything on our website is on sale. Be sure to check back often as hundreds to new listings will be added throughout the week.