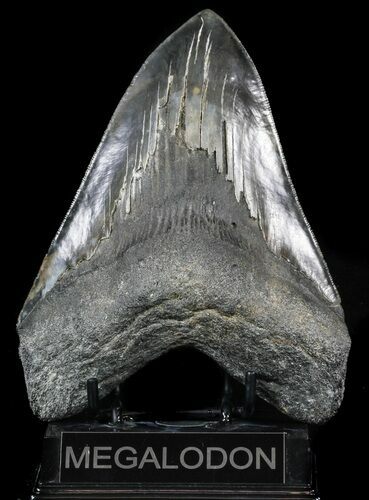 This is a massive, serrated, 6.20" Megalodon tooth collected from a river in the SE United States. Complete Megalodon teeth over six inches are rare and would have come from super-sized, adult Megalodon sharks in excess of 50 feet.

This tooth has glossy enamel preservation with some enamel peels in the center, sharp serrations and little tip wear. Truly a beast of a tooth. 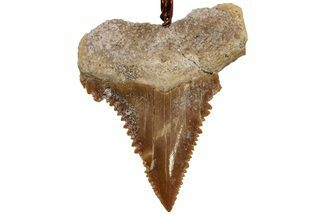