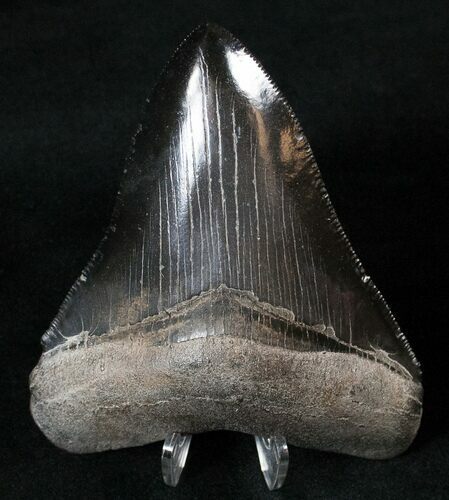 This collector quality 3.87" long, serrated Megalodon tooth is a real beauty. It was collected near Medway Sound, Georgia. It has wonderful dark, black enamel preservation a good root and the edge of the blade is nicely serrated. This gorgeous tooth displays well on the included custom display stand. 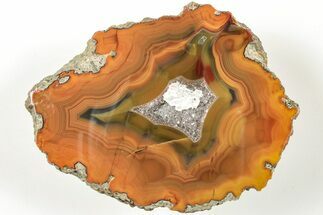