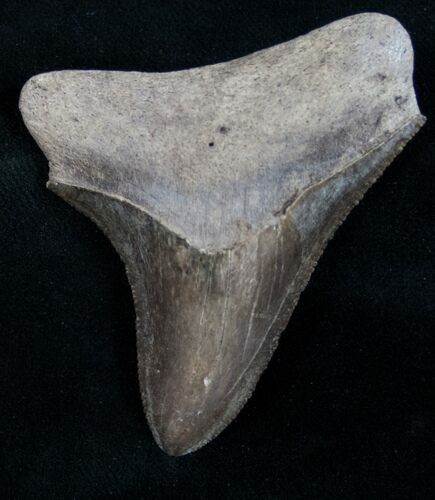 This is a excellent 2.29" long Megalodon tooth which was collected from a river in Georgia. This light brown coloration is distinctive to some of the river finds in this state. It has wonderful preservation all around with sharp serrations and very beautiful enamel.