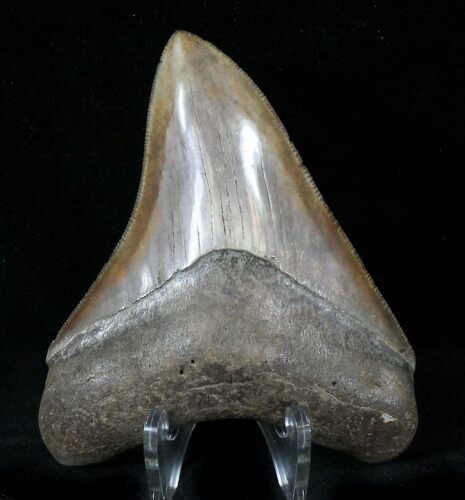 This is a beautiful, coffee colored, 3.59" Megalodon tooth collected from a river in Georgia. The coloration is distinctive to some of the river systems in the state. The serrations are sharp, it has a nice tip and beautiful enamel. The tooth has undergone a light buffing, which makes the enamel shine even more. Comes with an acrylic display stand. 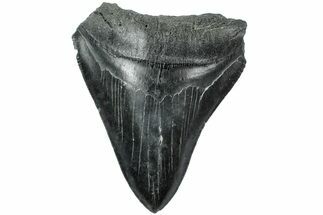