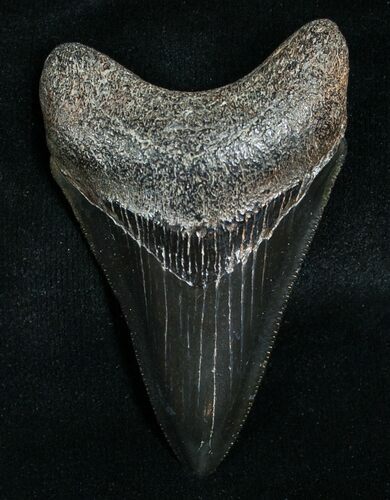 This is a beautiful, dark black, highly serrated Megalodon tooth with is a river find. It's 2.47 inches long and has glossy enamel and a sharp tip. Really a high quality Megalodon tooth.