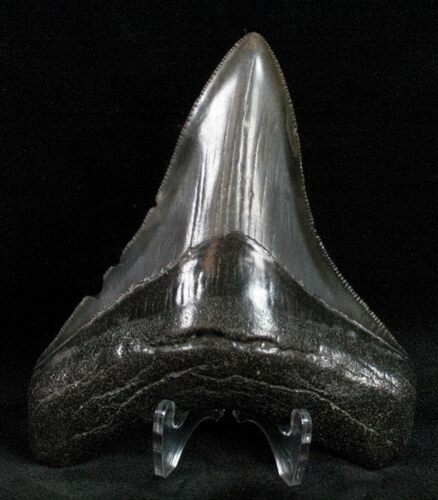 This is naturally river polished 3.59" Megalodon tooth collected in South Carolina after it eroded out of the Miocene aged Hawthorn Formation. The serrations on it are still sharp and it has the distinctive shape of a posterior tooth. Posterior teeth tend to be much smaller than the front teeth so this would have come from a pretty large prehistoric shark. Comes with an acrylic display stand.