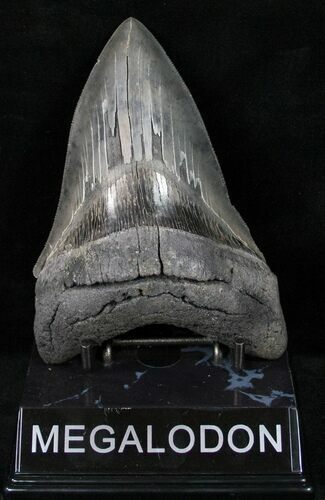 This is a sharply serrated 4.91" long Megalodon tooth collected in either South Carolina or Georgia. It has sharp serrations, a nice tip to it and a VERY thick, robust root. It comes with the pictured stand to show it off.