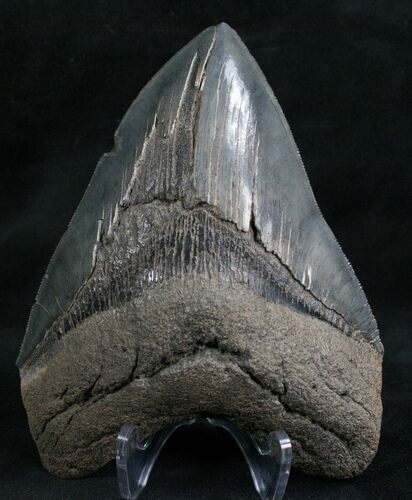 This is a 4.95" long tooth from the largest predator to every patrol our Oceans, the Megalodon shark. This tooth is nicely shaped with sharp serrations and just a few dings and enamel peels. It comes from the Miocene age and is a river find from Georgia after it eroded out of the Hawthorn Formation. It comes with the pictured stand.