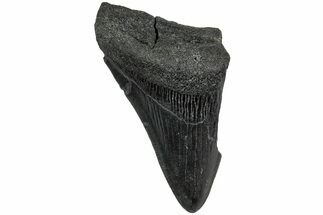 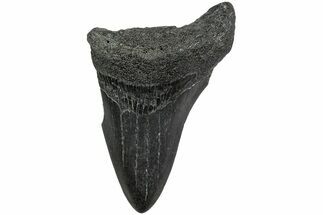 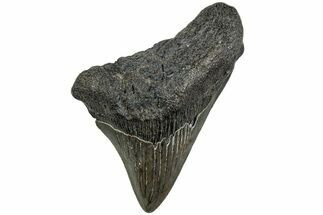 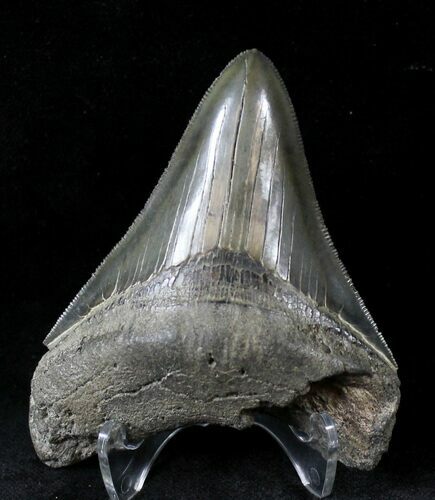 This is a razor sharp, 3.24" long, fossil Megalodon tooth collected in South Carolina. A tooth of this size would have come from a prehistoric, mega-shark in the 25 foot size range. The blade on this tooth is really nice, just a chip out of the right root lobe. Comes with an acrylic display stand. 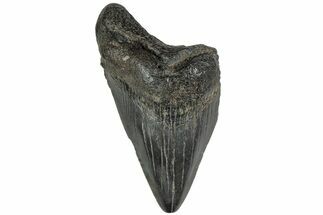