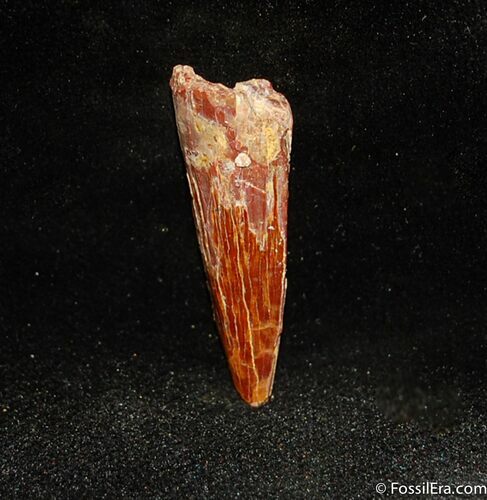 Here is a 1.24 in spinosaurus tooth with very nice reddish-brown enamel. It was collected in the Kem Kem Basin region of Morocco and doesn't have any restoration or repair.