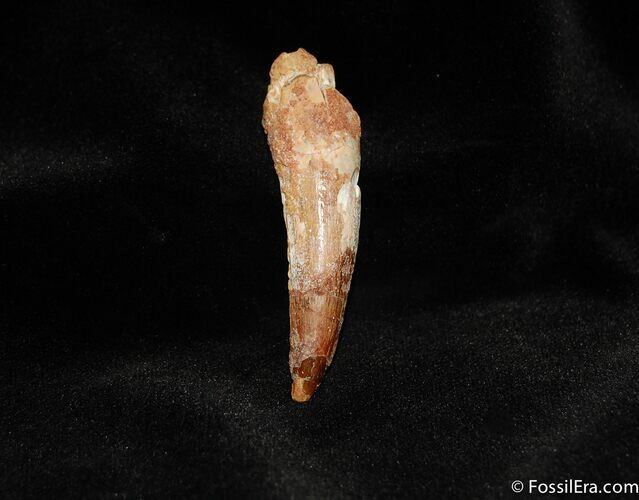 Here is a nice 2.19 inch Spinosaur tooth from the Kem Kem basin of Morocco. This tooth is a COMPOSITE, as the very tip was missing and a the tip of another tooth was glued on. Otherwise it is a real tooth and it is complete.