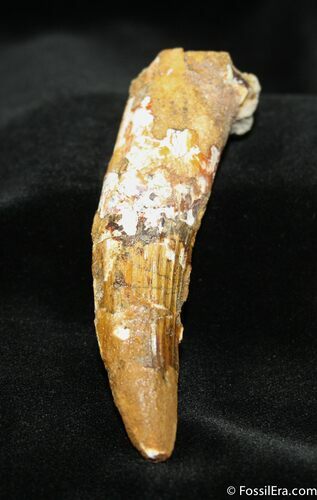 Here is a very large Spinosaurus tooth from the Kem Kem Basin region of Morocco. This came out of the largest meat eating dinosaur known to have roamed the planet. The tooth has the natural root still present, but the tip of it has been restored.