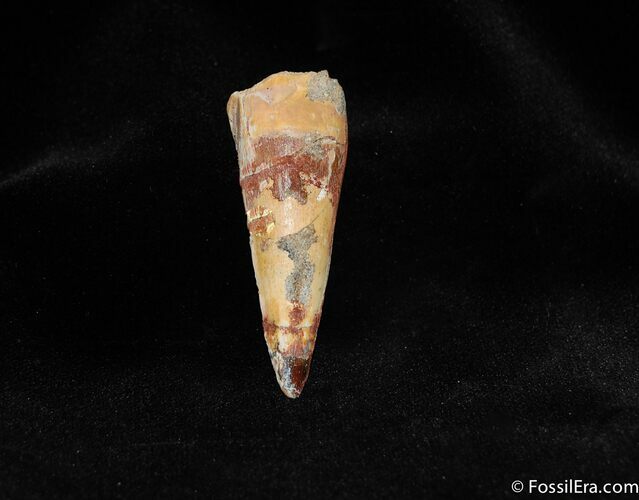 Here is nice 2.15 inch long Spinosaurus tooth from the Kem Kem Basin in Morocco. It has a few cracks that have been repaired but is otherwise a nice tooth. Here's your chance to own a nice looking tooth from the largest meat-eating dinosaur to roam this planet.