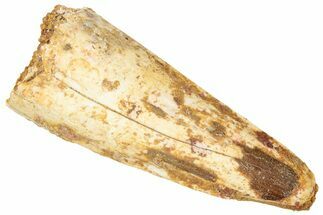 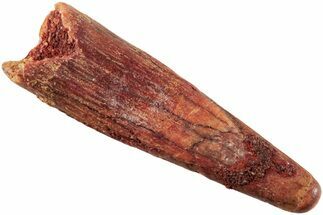 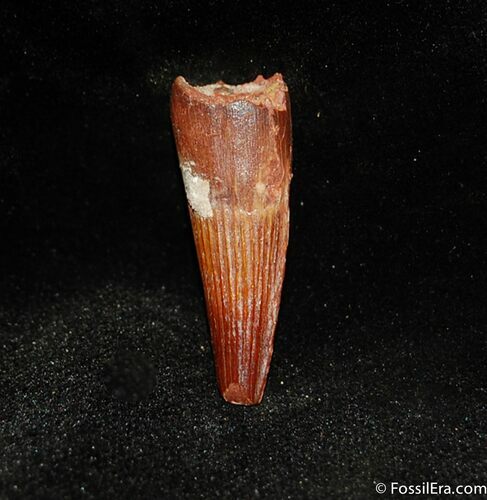 Here is a 1.18 inch long Spinosaurus tooth from the Kem Kem Basin in Morocco. This one has absolutely beautiful enamel preservation unlike most teeth seen on the market. Here's your chance to own a nice looking tooth from the largest meat-eating dinosaur to roam this planet.