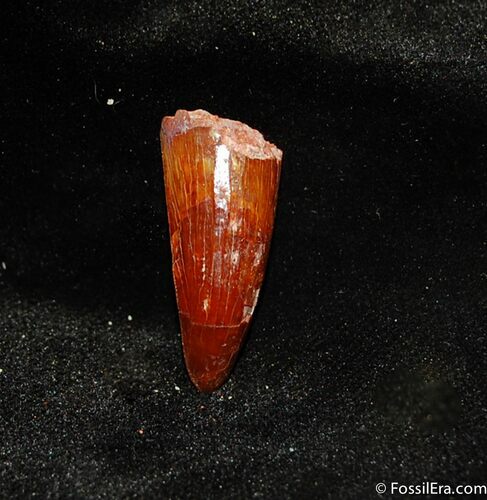 Here is a 1.09 inch long tooth from the largest meat-eating dinosaur to ever roam the planet Spinosaurus. It was collected in the Kem Kem Basin region of Morocco. This tooth has excellent enamel preservation, much nicer than most Spinosaurus teeth that you will see.