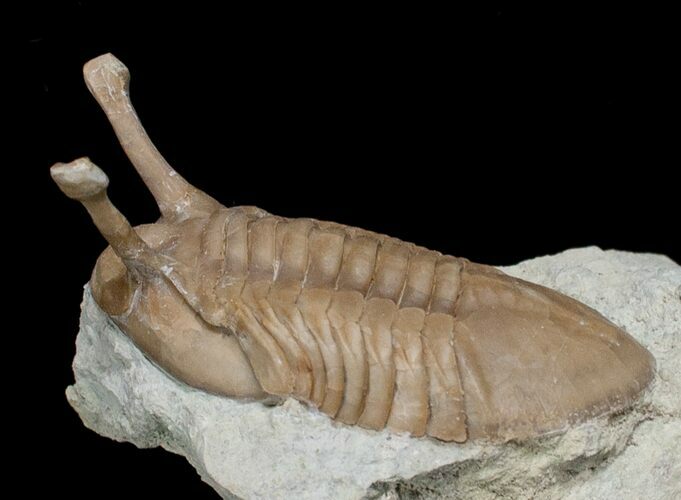 This specimen is 1.73" long and was prepared nicely. It displays well on the matrix that has been sculpted to create a free standing display. It has very minimal restoration compared to most trilobites from these quarries, just a tiny patch of shell on the right ride of the head about 1%