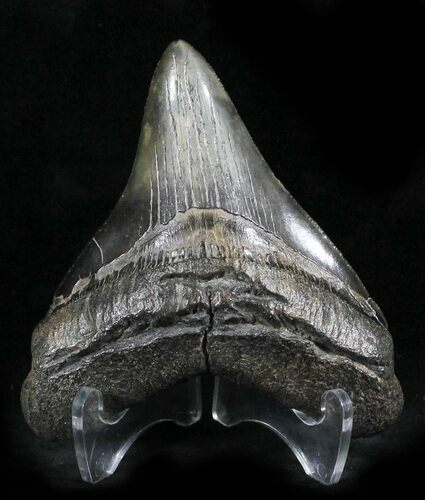 This is a stormy looking 3.87" Megalodon tooth collected in South Carolina. This tooth would have come from a small Megalodon Shark in the 30+ foot size range. This tooth has a great variety of grays and blacks, and browns, that it really looks like a storm is on the horizon when you behold this awesome tooth! Although there is very minor feeding damage to the tip, the tooth is in overall great shape. The blade is mostly serrated, and has a partial bourlette. Great tooth!