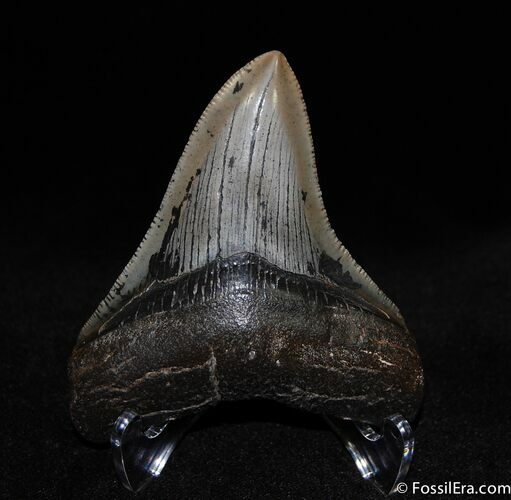 This is a serious tooth for a serious collector. It's a stunning 3.73 inch Carcharocles megalodon tooth collected from off the coast of Beaufort, SC. Everything about this tooth is great. Awesome serrations, sharp tip, great bourrelette, robust rooth and spectacular coloration. Just check out the pictures and see for yourself, I'm sure you'll be impressed.