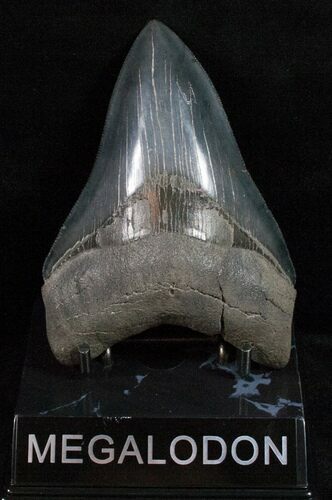 This is a very sharp, 4.66" long fossil Megalodon tooth collected in SC after it weather out of the Hawthorn Formation. A tooth of this size would have come from a massive, prehistoric shark, in the 35-40 foot size range. To put this in perspective the largest, modern-day Great White sharks are around 20 feet in length with teeth under 3" long.

This tooth comes with a custom MEGALODON display stand (pictured)