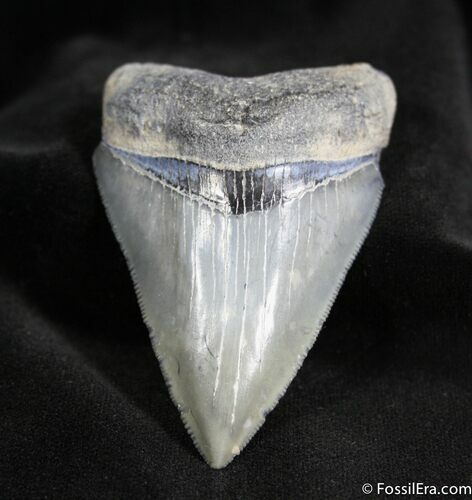 This is a high quality Venice, Florida Meg tooth with amazing colors, glossy enamel and sharp serrations. It's just shy of 3 inches in length, which is large for teeth you typically see from the Bone Valley region of Florida. You can run your finger along the edge and really feel how shark the serrations are. Killer tooth!