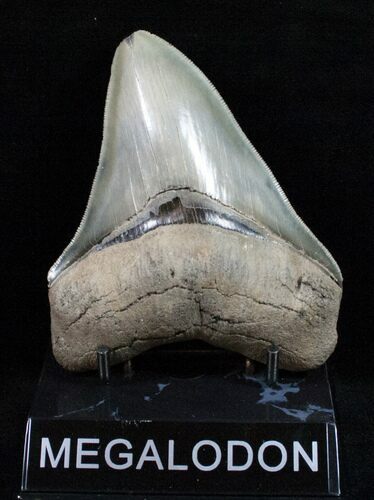 The serrations on this 4 1/2" long Megalodon tooth are in excellent condition, and it also has very beautiful enamel preservation which contrasts well with the root. It was collected in SC after it eroded out the Miocene aged Hawthorn Formation. A tooth of this size would have come from an adult shark in the 35-40 foot size range. To put that in perspective, the largest, modern-day Great White sharks get just barely over 20 feet and have teeth less than 3" long. There is some minor feeding damage to the tip where the tooth impacted against bone or another tooth.