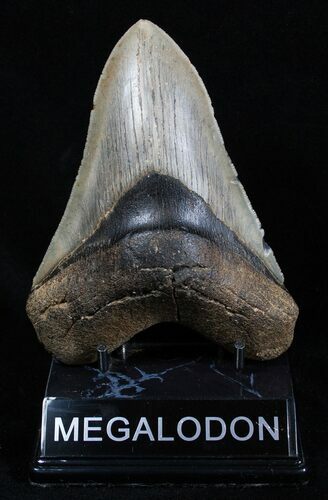 This is a really nice 5 1/4 inch long tooth from the prehistoric, mega-shark the Megalodon. It was collected by a diver in Georgia and is in very nice shape with most of the serrations and nearly all of the enamel still present. The blade is nicely shaped and comes to a nice tip that has minimal feeding wear. The bourrelette is great and the root is very robust. There is no restoration or repair work done to this tooth and it includes the pictured display stand.