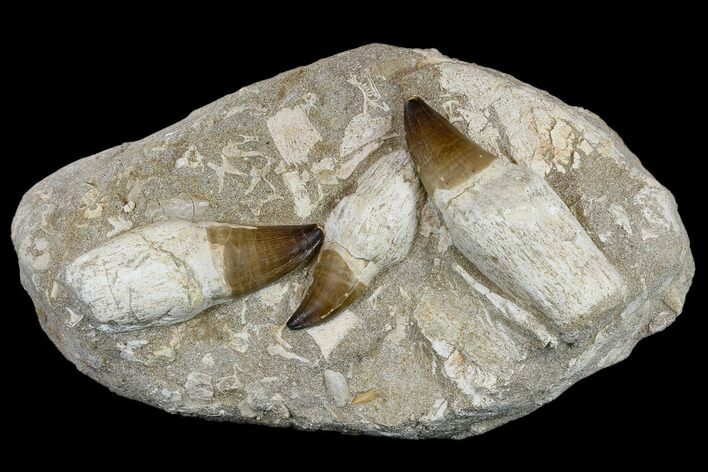 This is a trio of huge, associated Mosasaur (Prognathodon) teeth that would have been part of a single disarticulated skull/jaw. All of the teeth still have their roots attached and the largest measures a whopping 5.7" long. They have been prepared still embedded in the rock they were found in, which is full of bone fragments, presumably from the same Mosasaur. The entire piece measures 12.6" across. 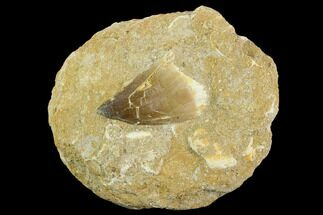 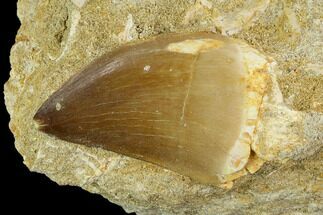 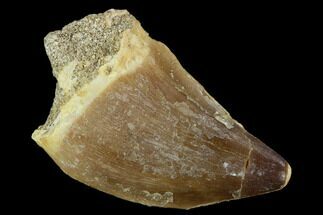 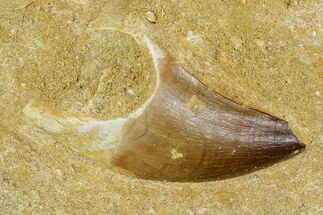 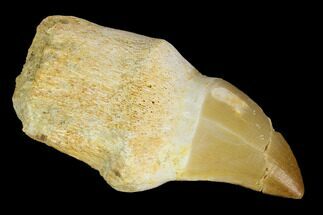